Treating the Symptoms and Not the Cause â€“ Does Masterfully Balancing Competing Rights Justify Ignoring the Root Socio-economic Issues?: Commentary on Hattingh and Others v Juta 2013 (3) SA 275 (CC)

TREATING THE SYMPTOMS AND NOT THE CAUSE - DOES MASTERFULLY BALANCING COMPETING RIGHTS JUSTIFY IGNORING THE ROOT SOCIO-ECONOMIC ISSUES?: COMMENTARY ON HATTINGH AND OTHERS V JUTA 2013 (3) SA 275 (CC)

The balancing and limitation of rights is an incredibly delicate exercise that our courts, particularly the Constitutional Court (â€˜the Courtâ€™ or â€˜the Constitutional Courtâ€™), have been tasked with. A flawed decision can have harrowing consequences and as a result, can place groups of people in powerless situations due to the finality of these decisions. For instance, if the Court hypothetically ruled that private land owners may under no circumstances evict occupants; these owners would lose the full use and enjoyment of their property without any recourse. Fortunately, our courts have shown their ability to successfully carry out judicial tasks.

This case note will discuss how the Court managed to make a judgment in Hattingh and Others v Juta[1] (â€˜Hattingh v Jutaâ€™) that was fair, just and not overly restrictive. This will be achieved by considering the Courtâ€™s approach to interpretation, how it differed from the interpretive approach of the lower courts and how it went about balancing the competing rights by considering all the factors involved in order to determine which partyâ€™s rights should be favoured in this case. This note will also highlight the Courtâ€™s failure to address the socio-economic issue of the applicant by not considering the housing shortage in the area and making an order to the executive to rectify this problem.

â€˜Without prejudice to the generality of the provisions of section 5 and subsection (1), and balanced with the rights of the owner or person in charge, an occupier shall have the right-

In order to further clarify the definition, the Court also considered what the purpose of the provision was, so that it could reach a fair decision that promoted the intention of the legislature. This is an important decision because it entails limitation of the rights of either the family or the land owner and if decided incorrectly, it could restrict the reach of ESTA and disadvantage people reliant on the provision in the future or leave land owners with virtually no say in who can occupy their land.[2]

Hattingh v Juta involves a dispute between a land owner, Mr Juta, and the adult sons, as well as the daughter-in-law of the occupant of his cottage, Mrs Hattingh. Mrs Hattingh is a former employee of Mr Juta and is of ill health. The dispute arose on the grounds that Mr Juta required the applicants to move out so that his new employee (who had to cycle very far to get to work and back) could live in half of the cottage. Mr Juta had offered to pay to help the applicants find new accommodation, drive Mrs Hattingh to the doctor if needed, let her youngest son stay on to help her and allow the applicants to visit Mrs Hattingh as they pleased. The applicants argued that their eviction contravened section 6(2)(d) of ESTA and denied Mrs Hattingh her right to family life. The magistrateâ€™s court ruled in favour of the applicants, accepting their argument that Mrs Hattinghâ€™s right to family life was indeed being denied. Mr Juta appealed to the Land Claims Court which, in his favour, found â€˜familyâ€™ to mean only a spouse and dependent children in this case. The Land Claims Court mentioned that perhaps other cases may require a wider interpretation[3] but found no evidence in this case for such wider interpretation. The applicants appealed to the Supreme Court of Appeal, which court concluded that the word â€˜familyâ€™ was â€˜incapable of having a precise legal connotation or definitionâ€™[4] and focused more on whether the family resided together â€˜in accordance with its cultureâ€™.[5] The Supreme Court of Appeal found that the applicants had not established cultural practice and dismissed the appeal. Finally, the matter came before the Constitutional Court which, it was agreed, had to interpret and apply the provision.

Significantly, the Court decided that the word â€˜familyâ€™ in ESTA is not limited to the traditional nuclear family, thus leaving room for the inclusion of adult, non-dependent children. The Court further held that the purpose of ESTA is to protect vulnerable occupants and provide them with as much enjoyment of family life as they would have had if they lived on their own land.[6] The Court added that what the normal family life of the occupants entails must be decided on the facts on a case by case basis and must be balanced with the rights of the land owner.[7] This is to promote equality and prevent any unfair disadvantages to either party.

The Constitutional Courtâ€™s interpretation of the meaning of family differed from that of the lower courts in that the lower courts limited the definition to a spouse and dependent children or avoided interpreting the meaning altogether, whereas the Court allowed the inclusion of adult non-dependent children. This decision was especially   important because of the unique family situations that exist in South Africa. South African families range from traditional nuclear families to child- headed households or numerous adults living together as dependents of a single person. These disheartening but very real situations have come into being due to factors such as the prevalence of   HIV and AIDS in the country as well as the system of apartheid; the aftermath of which is still strongly being felt. It is therefore inconceivable to limit the meaning of â€˜familyâ€™ to one which excludes these already vulnerable groups, consequently denying them the protection afforded to traditional families. Nevertheless, this inclusive interpretation was not used in this case because the Court found, on the facts, that the familyâ€™s situation did not lead to the conclusion of the applicants but its determination has left room for future use in cases with different facts. The Court referred to the Dawood case â€“ which mentions that families come in various forms â€“ in order to justify its reasons for differing from the lower courts in its interpretation.[8] The Constitutional Courtâ€™s interpretation was therefore important because it provides other courts with a definitive approach to interpretation through the consideration of the facts of each individual case.

The Courtâ€™s balancing of occupier and land owner rights, is consistent with cases such as the Blue Moonlight[9] case, which stated that a private land owner cannot be expected to house people indefinitely just because they have nowhere else to go. The Court in that case further held that it is the responsibility of the state to provide housing for people.[10] The Blue Moonlight bench, which was made up of all the same justices as in Hattingh v Juta, laid down a list of factors to consider when determining whether an eviction is just and equitable as follows[11] :

It is necessary to address-

In Hattingh v Juta, the Court went further and considered the costs that Mr Juta had had to incur in the legal proceedings and whether the applicants had a right of their own to stay in the cottage if they did not rely on Mrs Hattinghâ€™s right to family life. This reflects the Courtâ€™s consistency in deciding eviction cases but also shows that it will take all the factors into consideration. It is submitted that this is important because if it had decided in Hattingh v Juta that occupiersâ€™ families cannot be evicted, landowners could consequently end up with occupiersâ€™ extended families overrunning their land with absolutely no power to evict them. This view was also taken by the Land Claims Court, in which it was held:[12]

â€˜Were it otherwise, landowners would have the onerous and intolerable burden of hosting adult members of the occupiersâ€™ extended families indefinitely.â€™

This decision sets the path for all other courts to take a wider interpretive approach for concepts that are not clear cut and to truly consider all factors and context when interpreting and deciding on provisions in legislation. The Courtâ€™s approach was commendable as it took a structured approach and paid attention to every issue with careful consideration and full contemplation. The interpretation was fair and the reasoning was logical and consistent throughout the judgment. The Court understood exactly what was required of it and was decisive and clear, which contrasts with the approach of the lower courts which showed reluctance to adopt a position and make a decision. The disinclination of the lower courts to take distinct positions is consistent with the conservative approach of our courts. The courts seem to be reluctant to take a stance if there is a risk that some party or group will be dissatisfied with the decision. This is why the Constitutional Courtâ€™s approach in this case should be further praised. It may have not given a strict definition of the right to family life but it did not avoid adopting an approach either.

The only criticism that can be made of the Court is its evasion of the housing shortage issue. Although this was not the main issue before the Court, it is prevalent because it is a constitutional matter relating to socio- economic rights, specifically section 26:[13] the right to adequate housing. Resolving this issue could make strides into preventing further eviction disputes. It is relevant in this case because the applicants would probably have left without any resistance if they had alternative housing. Shanelle van der Berg highlights that the Courtâ€™s reluctance to provide remedies that encroach on the executive is a recurring habit.[14] She argues that the Constitutional Court has a responsibility to act as a catalyst for the executive to rectify situations that deprive citizens of their socio- economic rights.[15] In agreement with van der Bergâ€™s position, it is submitted that the Court in this case should have made a deeper enquiry into the cause of the housing shortage and should have ordered reformation of policy to rectify the problem. The Court seems to believe that separation of powers means that it should avoid any interference with executive mandate altogether. In disagreement with this belief, it is proposed that the purpose of the separation of powers doctrine is to allow the courts to supervise the executive and make orders which give effect to socio-economic rights. If the courts do not make orders that encourage the executive to take action, the problems will never be addressed and the provisions of the Constitution are reduced to no more than unattainable ideals â€“ a Monet painting hung in the basement.

The Court in Hattingh v Juta took an inspiring and admirable approach, showing that it is capable of thoughtful, logical and balanced decision-making. It gives rise to hope that the Court is starting to move away from a conservative approach in order to adjudicate and make decisions that are focused on fairness and reform. If the judicial system starts moving into the more decisive and deliberate direction, our Constitution will start to make the impact and change that was intended by its drafters.

[13] Section 26 of the Constitution of the Republic of South Africa, 1996 sets out the right to adequate housing as follows: 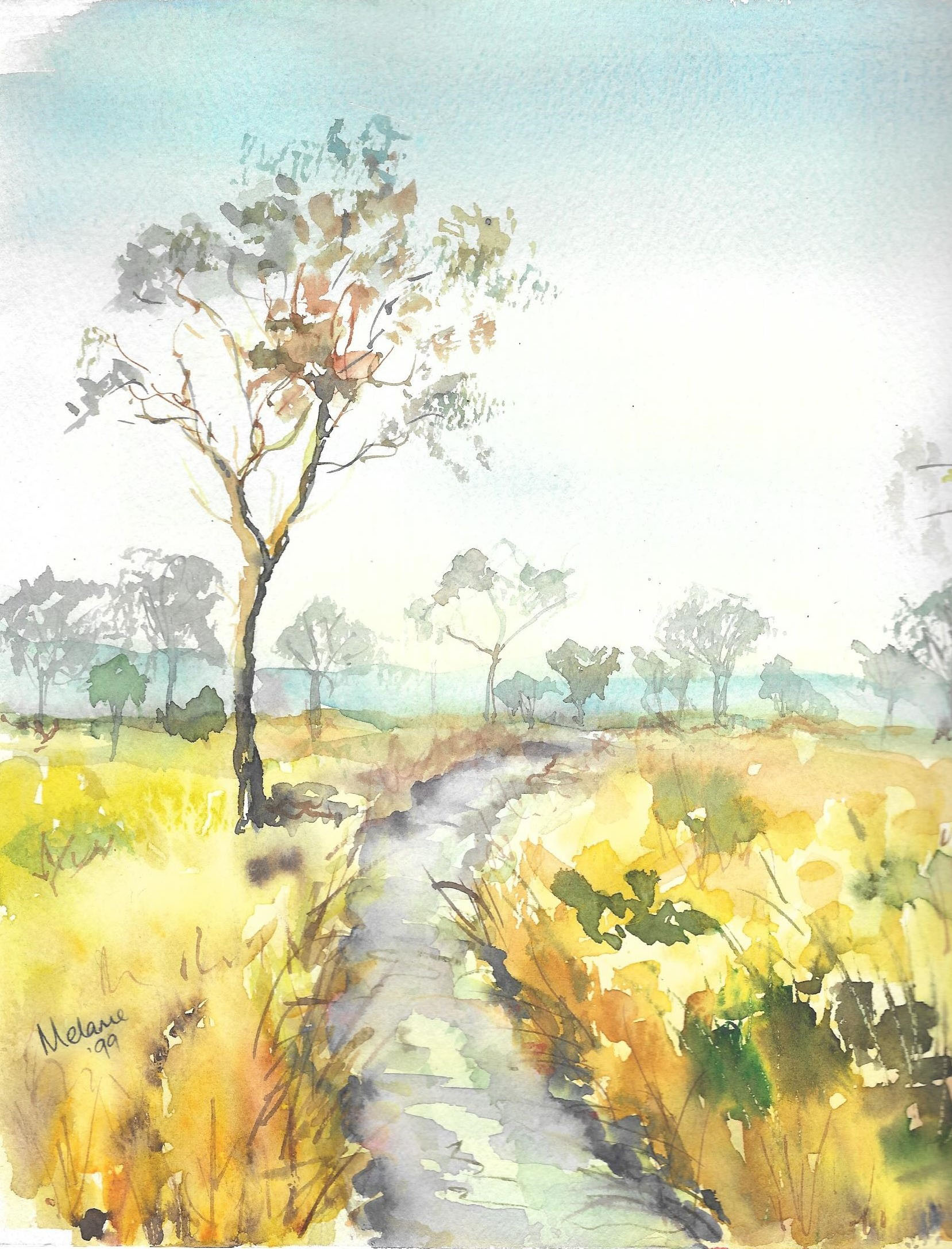