St Thomas Aquinas divided his philosophical system of law into four major sections: the lex Divina, the lex Aeterna, the lex Naturalis and the lex Humana. These sets of laws govern the community of the universe, order created things to their end and direct human beings both to their supernatural end as well as to their natural end.1

The institution of private ownership has its root in the precepts of Natural law effected through the many and varied positive laws which in turn are derived from the Natural law.2 This paper seeks to show how St Thomas Aquinas explained the origin of individual property as a social good that goes beyond the sovereignâ€™s commands enforced through positive law. The possession of property by individuals is both a consequence of human laws derived from Natural law precepts and an application of the purpose for which external things (property) were made â€“ to be under the dominion of man.

In part II, I discuss Thomas Aquinasâ€™ fourfold division of law. I then proceed to discuss how the notion of individual property is drawn from the derivation of the Human law from the Natural law through the outworking of reason. I conclude this section by looking at what St Thomas Aquinas says about property and how human beings come to own things.

In part III, I attempt to illustrate how an adoption of the concept of usus is best explained by discussing work. Through work man comes to own property and it is also through work that the right to private ownership is limited. This discussion entails an elucidation of the idea of work and how usus is achieved through work. To this end, I shall have recourse to the social teaching of the Catholic Church which draws heavily from St Thomas Aquinas.

In part IV, I explore the possible relevance of St Thomas Aquinasâ€™ theory to South African labour law with specific reference to the notion of a just wage and the factors that determine what constitutes a just wage. This entails a short treatment of the role of the State as an indirect employer, a duty whose content is established by distributive justice. I further briefly discuss the labour law regime through which wages are negotiated. 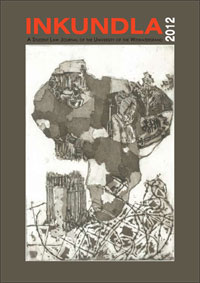